A visit from Mayor of London Boris Johnson

You’re doing great stuff here, you should be proud of yourselves’ Mayor of London Boris Johnson

Despite the torrential downpour, Baytree was delighted to host a visit from Mayor of London Boris Johnson yesterday morning.

The centre has been working in partnership with fledgling company Future Unlimited, who run apprenticeship programmes for 16 to 19 year olds, since July 2011. The organisations caught the attention of the Mayor because of his campaign to support apprenticeship schemes for young Londoners. The Mayor and an entourage of local and national press commenced their visit by interviewing five of Future Unlimited’s apprentices to find out about their motivations for, and experiences of, their apprenticeships. Those interviewed included the centre’s own apprentice Hanna Young, who has been working alongside staff since September 2012.

After the interviews, the Mayor was given a tour of the centre by CEO Caroline Guarnaccia and Future Unlimited MD Simon Bozzoli. Staff and Adult beneficiaries had the opportunity to meet with him and were touched by his interest in the organisation. Jess Sutton, ESOL Tutor, spent ten minutes talking to the Mayor about her literacy students, who she teaches on a voluntary basis. The Mayor was supportive of the need to provide funding for low level learners and seemed to enjoy chatting to them about their needs.

The Mayor spent the final leg of his visit chatting to staff, clients and apprentices in Future Unlimiteds offices before rushing off to carry on with his electoral campaign. As he was leaving the centre, the Mayor congratulated staff for the work they do and praised the organisation for its work in the community; he said of the centre, ‘this is important work’! CEO Caroline Guarnaccia has plans to contact the Mayor after the chaos of the elections has died down to offer him the opportunity to visit again so watch this space! 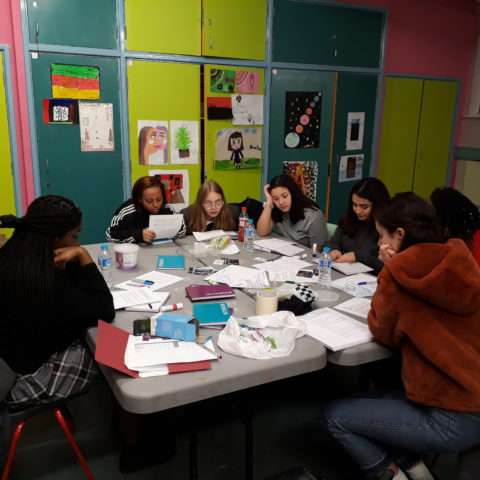